Tunnels to the ancient city 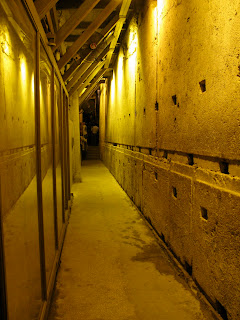 Shalom!
Saturday we arrived in Israel safe and sound, after having totally rescheduled all our connections when we arrived at LAX on Friday morning due to our first flight being cancelled (entirely different airlines going through entirely different cities and countries). Blessed are the flexible, for they will not be broken.
Sunday and Monday were spent mainly settling in, getting acquainted with the students, and lots of walking to get the best deals on fresh groceries. We managed to squeeze in a walking tour of the underground tunnels at the Western Wall. Fascinating! I had no idea the current "Old City" of Jerusalem is built on top of an ancient city. In the tunnels, we could see much more of the Western Wall and the ancient streets and city of the Herodian period when the second temple was built. We're talking over two thousand years old!  There is a special spot underground called "The Cave" and is purported to be the closest access to the Holy of Holies, if one presumes the temple is directly under the current Dome of the Rock, which many believe it is.  The Western Wall or "Wailing Wall" as it is known, is the only area of the Western Wall that is accessible above ground. It is presumed to be the closest spot--above ground and open air--to the Holy of Holies, making it an incredibly popular place for prayer. John and I visited the Western Wall and offered up our own prayers, knowing that God hears our prayers no matter where we are.
After visiting the market, we stocked up on a few days provisions, namely fresh pita bread, hummus, peaches, plums, honey, milk, cherry preserves, almonds, pistachios, and coffee. Last night we had a slice of pizza from a restaurant around the corner. Mine had veggies, salami and lots of green olives. Yum!
Today John begins his teaching. I can't wait. It is so refreshing to meet college age students who really love the Lord, know how to worship, and have already mastered the daily discipline of personal time for prayer and devotion. It gives me great hope for our future. They come from a variety of backgrounds, locations and experiences. Each one has an interesting story and a special purpose in being here. Precious.
Israel

Popular posts from this blog

THESIS: A Cross-Cultural Analysis of Women, Religion & the Law 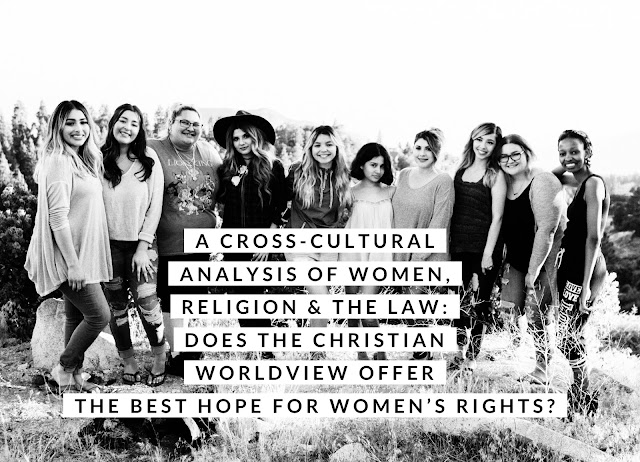 A Cross-Cultural Analysis of Women, Religion & the Law: Does the Christian Worldview Offer the Best Hope for Women's Rights?
Abstract: Protecting women from violence and discrimination is a hot topic. The feminist movement claims to address these issues in its fight for women’s rights.However, without knowing the true source for women’s rights—or human rights—communities will fail to accurately diagnose the problem and to effectively provide a solution. I propose to compare four major worldviews and their impact on laws regarding the treatment of women in order to convince the reader that Christianity offers the best treatment of women. First, I will define women’s rights in the context of defining human rights. Next, I will compare laws pertaining to women’s rights through the lens of the following major competing worldviews: Islam (i.e. Saudi Arabia), Hinduism (India), Atheism (i.e. China), and Christianity (United States).Finally, I will demonstrate that all non-Christian wo…
Read more 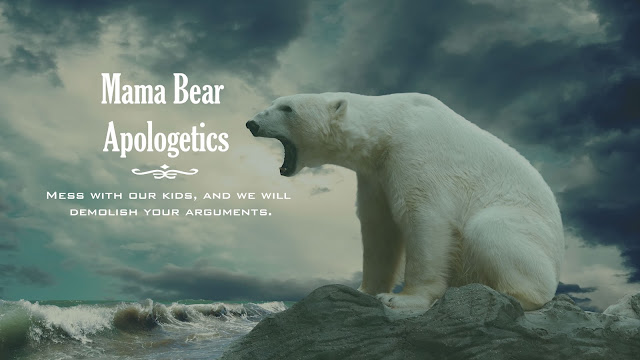 It is never too early to start teaching kids Christian Apologetics and critical thinking. For all the parents and grandparents who have asked which apologetics materials I recommend for parents and kids, I have put together this brief list. I will continue to update it.  And in case you are wondering why kids need apologetics, read this great article by my good friend Hillary Morgan Ferrer, "Why Your Children DO Need Apologetics: Correcting Misconceptions." (Note: this list does not include many apologetics books. These are specific for parents and kids.)
For Parents: Keeping Your Kids on God's Side: 40 Conversations to Help Them Build a Lasting Faith by Natasha Crain (2016)

Talking with Your Kids about God: 30 Conversations Every Christian Parent Must Have by Natasha Crain (2017)

For 8-12 year old kids (or even 6-7 year olds):Cold-Case Christianity for Kids: Investigate Jesus with a Real Detective by…
Read more

- November 16, 2018
Spotlight on 'Women in Apologetics' Conference January 11-12, 2019*From Ratio Christi's Blog, Nov. 15, 2018
Laurie Stewart is president of Women in Apologetics (WIA), a Christian non-profit organization focused on equipping, encouraging, and educating women in Christian apologetics. WIA purposefully gives women a chance to share content that is theologically, philosophically, and apologetically centered, and supports women in the church who are interested in learning how to think deeply and intelligently about their faith. Many of Ratio Christi’s women, from national staff to our field workers, are associated with WIA.
For these reasons, we're excited about The Second Annual Women in Apologetics Conference. It will take place at Biola University in La Mirada, California, January 11-12, 2019, and will also be live-streamed.
The members of WIA made a great choice in Laurie as their president. She is an attorney, mediator, law school professor, Christian apologist, and p…
Read more